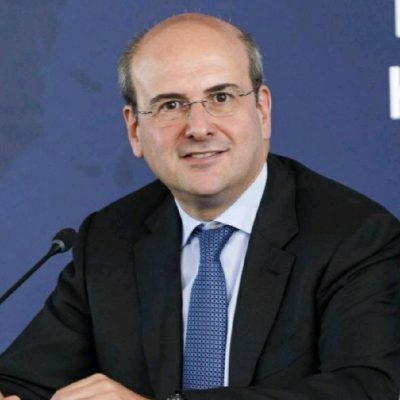 Minister of Labour and Social Affairs

Kostis Hatzidakis is the Minister of Labour and Social Affairs, a Member of the Greek Parliament and the Vice President of the New Democracy Party.

He was born in Rethymno, Crete, in 1965. He studied at the Law School of the University of Athens and he holds a Master’s Degree in Political Communication from the University of Kent. He speaks English and French.

He is a Member of the Greek Parliament since 2007, representing Athens B’ northern sector constituency.