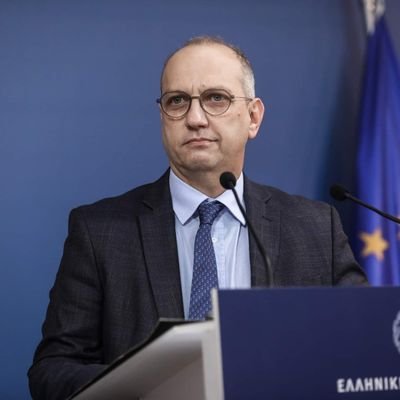 Ioannis Oikonomou is Deputy Minister to the Prime Minister and Government Spokesman.

Ioannis Oikonomou was born in Lamia, Fthiotida, in September 1973.  He is married to Angelic Zorbala and has a son, Dimitris.

He is a graduate of the Agricultural University of Athens and received his degree in Agriculture from the Department of Crop Production. he also holds a master’s degree in Global Political Economy from the University of Peloponnese. He works as Agronomist and he is active in the marketing and production of dairy products.

In the general elections on 7th July 2019, he was elected Member of the Greek Parliament for the Constituency of Fthiotida with Nea Dimokratia (ND).